20 tips to save your mobile phone battery life

We rely increasingly on our smartphones,so it's more of a problem when the battery finally gives out. So what can you do to eek that little bit more life out of your phone? You might be surprised by some of the tricks you can pull off!

Although iOS8 does have a battery usage screen to tell you which apps are using more power, it doesn't have a way to quickly close all apps. However, you may not know that you can actually close more than one app at a time. Double-tap the home button and then use up to three fingers to close three apps at a time. As Android is a more open OS than iOS there are various task manager apps available that will kill all open apps with one tap. 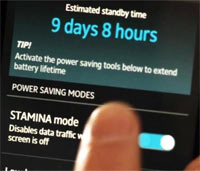 Many Android mobile phones have power-saving modes that shut down all but the most essential functions. This should be your first port of call before anything else, as it will take care of pretty much everything you need to control with one quick flick of a switch. iOS unfortunately has no such power saving mode (as of iOS8), so you'll just have to read on to learn a few more tricks.

The screen is the single-most battery hungry component on your phone, so turn the brightness down to the lowest level you can work with.

You might have the screen-off timer set too long on your phone, so take a quick tip into the settings to check that it's on the lowest. Better stil, whenever you put the phone down, press the off switch rather than waiting for it to time out.

Conversely, if you are out and about and therefore away from WiFi why not switch it off altogether? You can then rely on cellular data.

Bluetooth does not use the same amount of battery as 3G/4G but it'll probably add 10% to your day. If you don't need to use any devices such as headphones or car kits then hit the Bluetooth kill-switch.

Many apps will use location services e.g. the GPS functionality of your phone, regardless of whether the app's functionality demands it. Games are a good example, as they collect information such as this for 'marketing' purposes, often to deliver more targeted ads. Turning of GPS will not stop apps that don't rely on that functionality from working, but don't expect to use Google maps as a satnav with this disabled!

Apple's iOS does a relatively good job of throttling background app usage. Android apps have a bit more leeway, though. Either way it's good practice to close all apps if you are watching the battery meter.

10. Put the phone in flight mode (if you're in a zero coverage area)

When you have no signal your phone goes into overdrive trying to latch onto the nearest cell tower, so can drain your battery extraordinarily quickly. Flicking the flight-mode switch will not only switch off the ability of making receiving calls/texts but will also switch off Bluetooth and WiFi at the same time, which will most probably double your battery life altogether.

So that covers the basics, but it does not stop there. Here's a few tricks you may not have thought of:

If you have your email client set to pull down emails say, every 15 minutes this is going to erode your battery over the course of the day. Set it to manual and just open your email client when you need to. Look for similar apps, such as FaceBook, Twitter or news apps that regularly check for updates and disable background operations. Turning off Notifications in iOS also stops this, as many apps will power on your screen to pop up messages.

Often, an update to the OS (especially if you are updating from a first release of a new OS - iOS 8.0/8.1 anyone?) can bring significant benefits to battery life. My wide upgraded her Sony Xperia Z3 from Android Jellybean to Lollypop and her battery life went from less than a day to nearly two days on a single charge, due to Lollypop's frugal power management options.

Some of today's smartphones (such as the Samsung Galaxy S6, LG Flex 2 and Yotaphone) are fitted with AMOLED screens. These differ from other technologies such as LCD as AMOLED does not have a back light - each pixel has its own light, and the brighter the pixel, the more power is used. The battery drain on an LCD screen is constant, regardless of how bright or dark the screen being displayed is, but a darker screen on an AMOLED display will draw less power than a brighter one. So if you were to change your background to a cool black image it's going to be better than a bright background picture. Test suggest a 10-20% saving can be achieved, which is not to be sniffed at!

14. Turn off vibrate OR your ring tone

If you receive a lot of calls or texts then that vibration alert is going to slowly gnaw away at your remaining juice, and of course generating a sound also requires power. Switch off vibration alert or turn your phone on silent to wring out a little more life.

15. Make a call instead of sending a text!

If you are not the customer, you are the product. Free games are not truly free. We mentioned earlier that many will be using your GPS data to load targeted ads. However, if you shell out a bit of cash for the full versions of games without ads not only will the software not connect to the servers to download adverts but it won't often share location information either. If you are a serious gamer you might be surprised at where your battery life is going, even if you are playing games that are not processor-intensive. It's a small price to pay for something that probably costs less than a prawn sandwich but which could deliver significant battery performance savings.

Mobile phone batteries work better when they are cool, so never leave your phone out in the sun as it can also degrade the battery, exacerbating the problem.

Finally, if you cannot squeeze any more life out of your battery during the working day there are a few more tips that could keep you going. 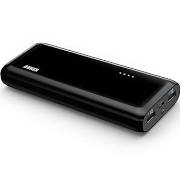 It's really handy to have a battery pack in your bag or purse. They come in all shapes and sizes and can be picked up on eBay for under a tenner.

Better still, carry the battery with you all the time by buying a case that has a battery incorporated in it. Your phone might get a bit bulkier, but you'll most probably double your battery life.

20. Always have a charging cable on you

If you don't want to carry a battery pack, but are not often far from civilisation then the Nomad Chargekey might be the thing for you. This keyring sized USB charger cable is available for both Apple and Android devices. You are rarely far from a USB socket - whether it's a laptop, hi-fi or games console - so having a cable on you at all times could be the differences between a recharge and digital solitude.

As you can see there are plenty of tricks you can pull to garner a few more percentage points out of those sleek slabs of silicon that we are all so addicted to. Take a moment to see what power-saving tricks your phone already has. Of course, the best thing you can do is apply these tricks early in the day - don't want until you are down to 10%, as a 10% saving on 10% is not a great deal! Until manufacturers either add bigger batteries or develop longer lasting ones then these ideas might be the difference between all day usage and the 'black screen of death'.