ERP is generally the single most expensive software acquisition a company will ever make, sometimes costing more than all of the standalone packages a company may have combined. Not only is it traditionally expensive, but companies rely completely upon it. So why is it that many struggle to implement such a system, or limp along for several years using partial functionality before abandoning it? 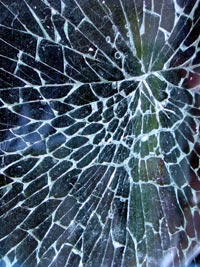 During the last decade I've interviewed dozens of companies that have moved away from existing ERP systems. While the reasons vary they can be grouped into 7 categories:

No sponsorship from the top

It's all very well the production manager wanting (and getting authorisation for) a new manufacturing system, but if it is not driven from the top down then he's fighting a losing battle. He will not have the authority to instill change in other departments and, in larger organisations, may not even have relationships with the relevant managers of each department affected. All key staff at top level need to be in agreement when selecting a system, and this desire for change must make its way very visibly down the chain of command. Internal politics can also play a part here – people sometimes have their own hidden agenda and because of inter-departmental conflicts, decisions detrimental to the business good are often made.

Staff can be fearful of change, seeing progress as a possible threat to their very employment. Companies are often selective on the number of staff they send for training. People also move on, taking with them the knowledge that the company has paid for them to learn, and perhaps leaving behind staff that are less experienced. These factors play a massive part in the success or failure of a system. People by nature will take the easiest route to completing a task, which will be the way they currently know. More often than not the implementation of a new ERP system does not equal mass redundancies, but it does ensure that a company can grow without needing more human resources. Knowledge is power; Staff need to be educated on the positives that the system will bring to them, their company and ultimately their customers. Make them aware of how the system will positively affect their individual role. Personalise it! Fear of the unknown can be replaced by anticipation of how it could improve their working experience. I recall one client telling me that one of the people most resistant to change was now the biggest advocate after he saw how their new system would make his life easier. Remember also that while a system administrator may need to understand the depth and breadth of the system, many staff will only need to understand their job-specific elements of it, so don't blind them with science.

Many mistakenly believe that ERP is purely an I.T. issue rather than an enterprise strategy – it spans virtually every department within a company, influences decisions and is effectively the infrastructure upon which the business sits. Why then, do many companies under-resource its selection or implementation process, either in terms of the number of staff or their experience and understanding of the business? You need to ensure that the people responsible for it don’t just know I.T, but understand how the business needs to run so that they can appreciate how the software has to work to support the business operations.

An engine can still run when it's poorly tuned, but it'll drink fuel and suffer from poor performance - the same can be said for a poorly implemented ERP system. Unlike an off the shelf package e.g. MS Office, no two ERP installations are the same, as the companies they are there to serve will want to work in their own unique way. Companies are often led down the consultancy path to customise the system beyond all recognition, but pass ownership of the problem to an external consultant that may not ultimately understand their business. This relates back to our first point; as well as having sponsorship from the top the system should also be championed from within, rather than wholly trusting consultants that do not have a true understanding of your business and only their own commercial considerations at heart. By all means employ an expert to assist with specifics such as server implementation or data migration, but the overall project should be managed from within. A core internal team covering all affected departments should be set up to understand the workflow. Many believe they have to write a specification spanning reams of paper, but this simply leads to customisation that may not actually be needed. A simple ‘top level’ bullet list of core functionality is all that is required.

The tail wagging the dog

This problem is similar to poor implementation but occurs when the wrong solution has been implemented in the belief that it can be somehow shoehorned to meet the company's needs. There is often no way out of this situation other than to bite the bullet and write off the cost, or spend even more on expensive customisation that ensures that you will pay over the odds for maintenance and further modifications with every new future release for years to come. A good ERP system will be designed to meet the needs of the majority of its users with minimal or no customisation. As mentioned above, don’t overcomplicate your initial requirement brief. If you evaluate an ERP system without preconceptions you may be pleasantly surprised at the solution they already have available.

Over the years it's common to see companies in any given industry perform mergers and acquisitions of similar organisations. Invariably there will be casualties, and if your ERP vendor is acquired by a bigger fish from the same pond then it's quite possible that you'll get a letter saying that the product is no longer being developed, followed by one months/years later saying it's no longer supported at all.  While the system won't stop working overnight you are then hanging your entire company on a 'mission-critical' system that will bring your business to a standstill if it fails. According to a University of Texas study, where companies suffer catastrophic data loss 94% will not be trading a year later, leaving just 6% standing - although your data is still there in this scenario it’s no good to you if you cannot use it. If you are on the receiving end of a 'discontinued product' letter then alarm bells should be ringing! You will no longer be able to obtain assistance to write new reports or to customise the product, so your system will no longer be adaptable to business model changes.

Discontinuation is not the only problem with age, and obsolescence not only applies to your ERP but also the OS and/or hardware that it runs on. Even in 2011 I regularly talk to companies running DOS, UNIX or AS/400 systems that have been live for 20 years or more. But technology moves on. Windows has become the standard OS, with PC's falling in price and many more staff knowing how to use them. Nobody wants to pay maintenance on bespoke hardware that it is increasingly difficult to find spare parts for, or pay an ever-shrinking number of people that are experienced enough to support legacy OS, network or application software. One client that was previously running an AS/400 system ended up buying a motherboard from one of their own clients that had been running the same hardware platform because they couldn't find a supplier with a replacement. Often when a company contacts their vendor, the costs to upgrade the software can be prohibitively expensive and will also require a complete hardware infrastructure on top, making the pill doubly bitter to swallow. Ensure that whichever system you select is based upon the latest application development platform such as Microsoft .NET and that it has a well-supported and industry-standard database structure such as SQL. By doing so you will future-proof your investment and ensure that you can easily interface to your data from other internal systems. If you will need to do much (or indeed any) interfacing ask your vendor if they have a software development kit (SDK), or whether they have to handle custom development, as this could considerably increase the overall cost.

Some of these problems are difficult to avoid without a crystal ball, but forewarned is forearmed. The old adage of ‘the bigger they are, the harder they fall’ still rings true here, with a failed implementation not only bringing financial burden but often leaving your business in a worse shape than it was before. Before you even start to select a suitable system, get your house in order. Assign your team and ensure that they are all in agreement that a new or replacement ERP system is the way forward. Select a system that offers the best fit for your business on a well-supported platform, but go in with open eyes and a simple specification. Break the implementation down into manageable chunks spread across your team, and meet regularly for progress updates. With any large scale implementation there will be challenges along the way but with the right mindset your company will make the transition with relative ease and avoid becoming another statistic of failure.

Martin Bailey is the Marketing Manager for 123 Insight Limited, developers of the award winning 123insight manufacturing Enterprise Management software system. He is also the author of several marketing and IT related books.