Let's start with the newer app, Corel Website Creator. This is not actually provided on the DVD - you have to register to download it, which is a little frustrating but simple enough. Why force users through another step when they've already shelled out for the software? 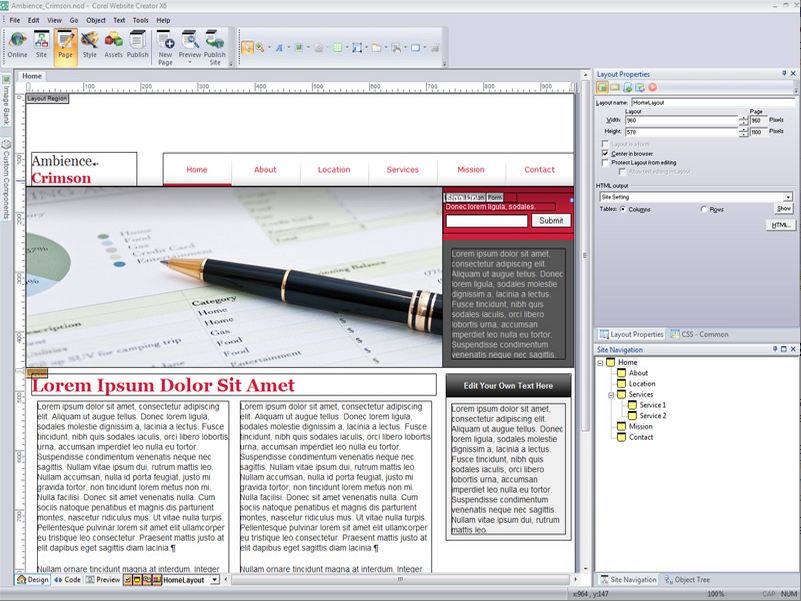 The application is extremely easy to use. You can select from a reasonable amount to templates, and drag and drop functions straight onto the page such as accordian menus and tabbed panels. It even creates DHTML based timeline events e.g. you can get text to move or appear at a given interval.

Although you can quickly design a very usable and good looking site quite quickly I can only recommend using it for creating mockups. The reason for this is that the code it produces for all of the templates I tried was mainly table-based rather than CSS, which has been the preferred method for web designers for 6-7 years now. I was also hoping to see tighter integration to some of the core apps, but, for example, you'd have to export from CorelDraw as a JPG and then import rather than having on the fly conversion. The is the ability to get under the bonnet and tweak both HTML and CSS code, and perhaps Corel will release some CSS templates in the future. Still, as a first version and when considered purely as a design tool rather than a coding tool it will open in-house web design to a new audience.