Martin Bailey appeared on last ever edition of The Radio Hustle, hosted by Alexis Conran on Talk Radio on Saturday 13th January 2018, talking about CES and the second edition of his book, The Useful Book of gadgets, Gizmos and Apps.

The focus of the show was on much of the new technology announced at CES 2018, such as LG's Roll Up TV, Samsung's The Wall, along with Qualcomm's improved Bluetooth SoC technology which promises to improve battery life of devices by 65%. As ever, Alexis touched on the security aspect of the technology, with Martin citing a recent murder conviction, obtained partially on the evidence of the suspect's exertions (dragging a body) which were logged by his watch.

They were joined in the studio by Producer Tamer Asfahani. The Radio Hustle focusses on scams and cons, but also showcases technology. In January 2018 Talk Radio went through a change across all of their shows, with Alexis moving to a later afternoon slot with a new show, so Martin was in fact the last guest of the last show.

Listen to the clip on the book's dedicated website here 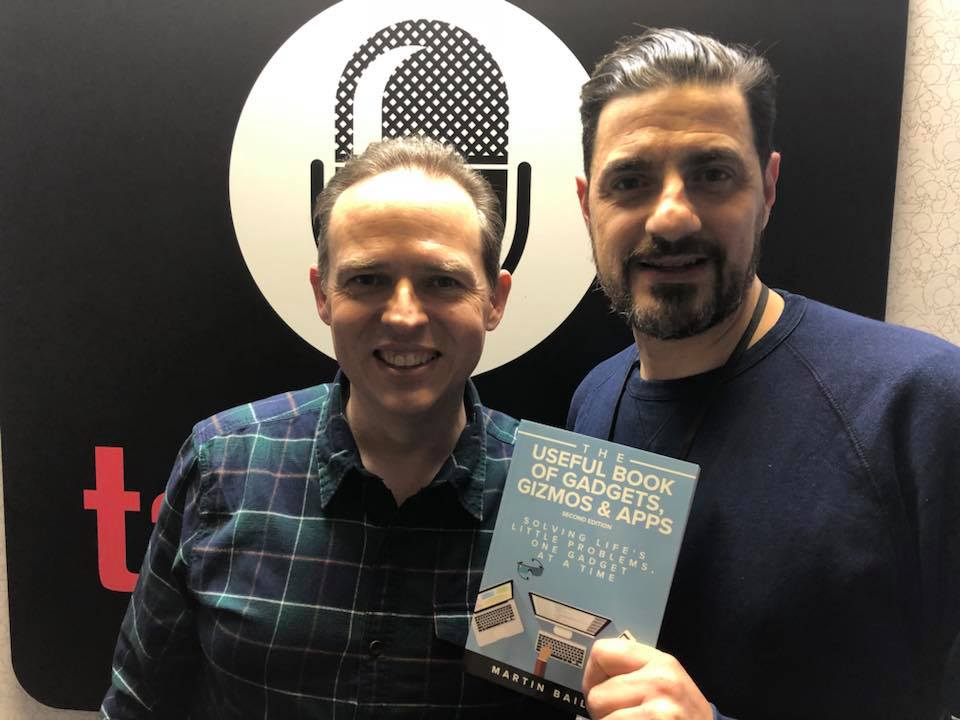