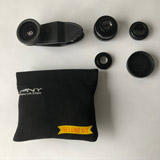 The PNY 4-in-1 lens kit comprises of four lenses - macro 15x, wide 0.63x, super-wide .35x and fish-eye 198 degree lenses. Each lens slides into a clothes peg style clip, which then attaches to your phone. Initially I thought it may be a little fiddly to attach, but given that you will generally have the camera app running it only takes a couple of seconds to slide it over the lens and find the right position. The clip opens very wide - around 4cm, in fact - so it does not matter if your phone is in a case, it'll still easily fit. Each lens is supplied with a lens cover, and a soft fabric case with a spring-loaded opening at the top is also, so your lenses will be protected in your bag or purse. Also in the box is a free license for Fotor Pro Edition for iOS or Android and small lens cleaning cloth.

I decided to take a few outdoor shots of the same scenery so that I could do a direct comparison. The first image was without the PNY lens kit attached, providing a benchmark image to compare against. Next, I attached the wide angle lens, which actually screws into the macro lens. Aside from a little camera shake (sorry about that), the image was no less bright with the lens attached than without. Do pay attention when you attach the lens that there's no shadow over any corner - it doesn't take much to get it right, but it doesn't take much to miss it either. The wide doesn't give you that much of a difference over the standard lens, so I'd question its usefulness.

Next, I moved onto the Fish-Eye lens. I'm not generally a fan of the fish-eye effect, but I suppose it has its place... As expected, the image was distorted, with the centre of the image in focus and outer edges more blurred because of the effect.

Finally, I attached the super-wide lens. If you're wanting to go wide then this is the baby to use! Closer objects will suffer from a little distortion, but if you're taking a lanscape shot from afar then you will certainly benefit from the extra viewing angle that will be included in the shot.

Next, I moved onto some macro shots. This is where you are likely to see the most benefit in terms of expanding your phone camera's capabilities. Attaching the macro lens and placing your phone close to an object gives an unprecedented amount of detail. In the daffodil shot below you can see grains of pollen, while the paperclips show small microfibres, as well as scratches in the wood underneath. 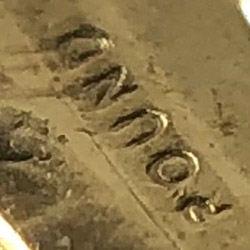 To my mind, any photographer that makes use of their phone when a DSLR is not available will want to have this in their arsenal - for the macro lens alone. Unless you have a specific use, the fish-eye lens will be a novelty for most, and the wide-angle may only be of limited use, but the macro super-wide lenses add significant additional flexibility to your photoshoots on the go. It's also small enough to fit in the tightest of pockets ensuring that it's always close by.